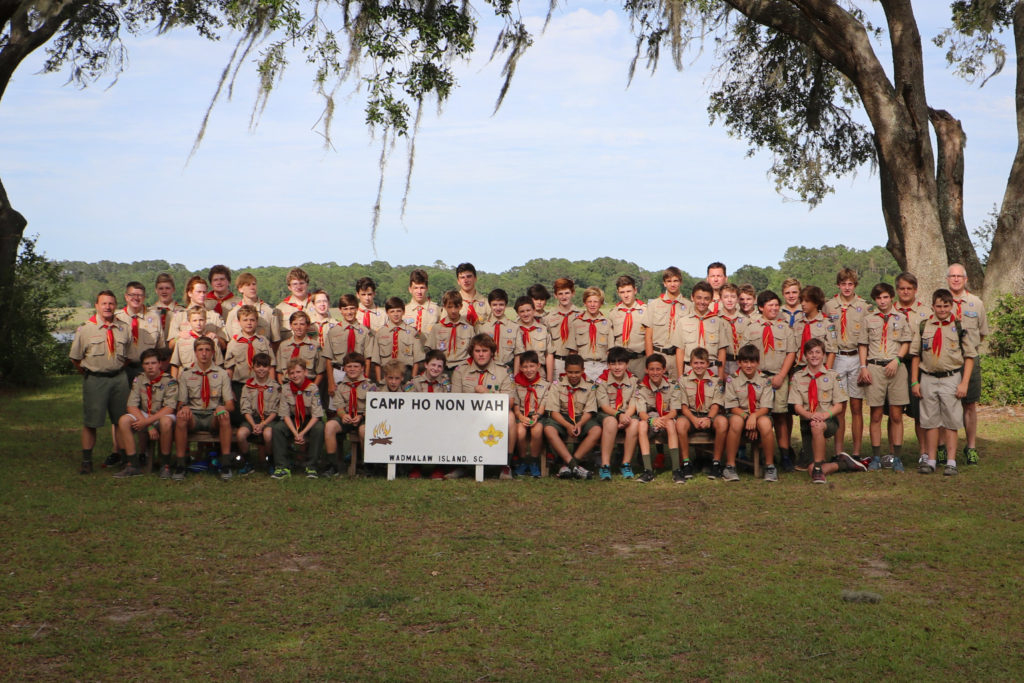 Camp Ho Non Wah is awesome!  A whole lot of stuff happened since I wrote you last night.  We wore our Rocky t-shirts this morning since he showed up in camp last night. 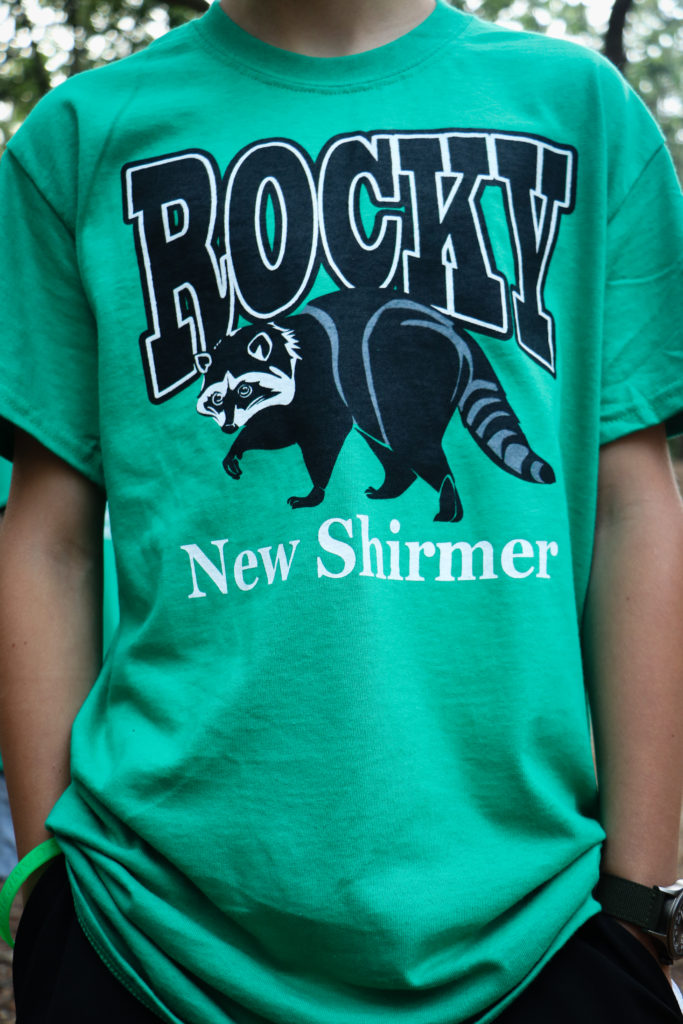 Breakfast was great!  I had to get there early since I was a waiter.  That means I was in charge of setting up the table with knives, forks, spoons, milk, and juice before everybody else got there, and then I had to clean everything up after everybody finished. 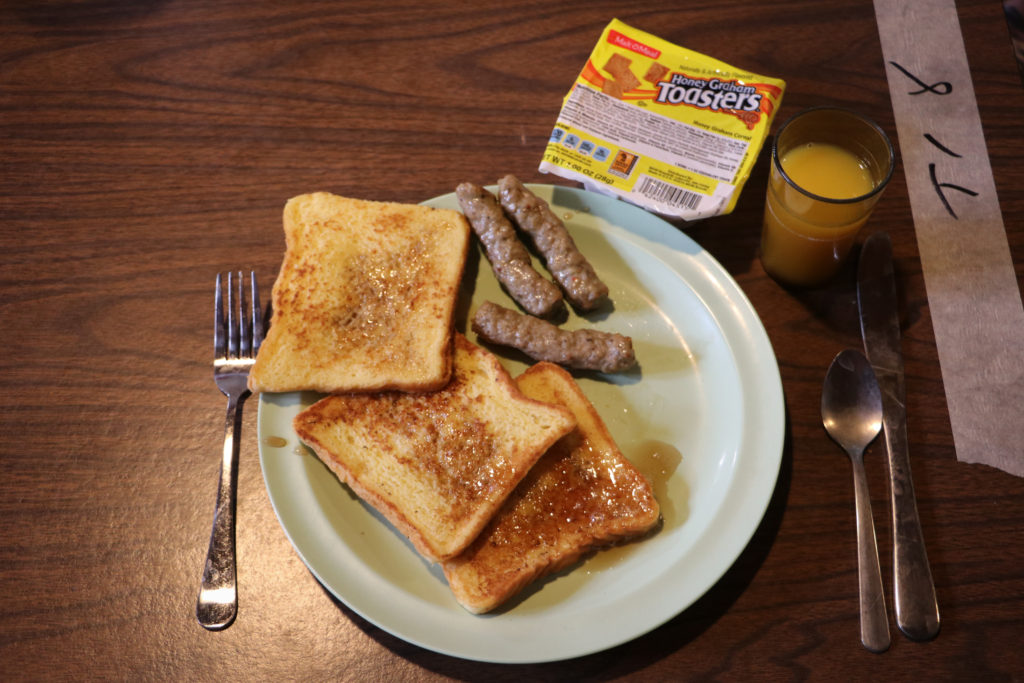 We had French Toast, sausage, cereal, and juice.  Thomas Neidenbach told everybody at my table that we needed to save our sausage so that we could sing the “sausage song” after breakfast. 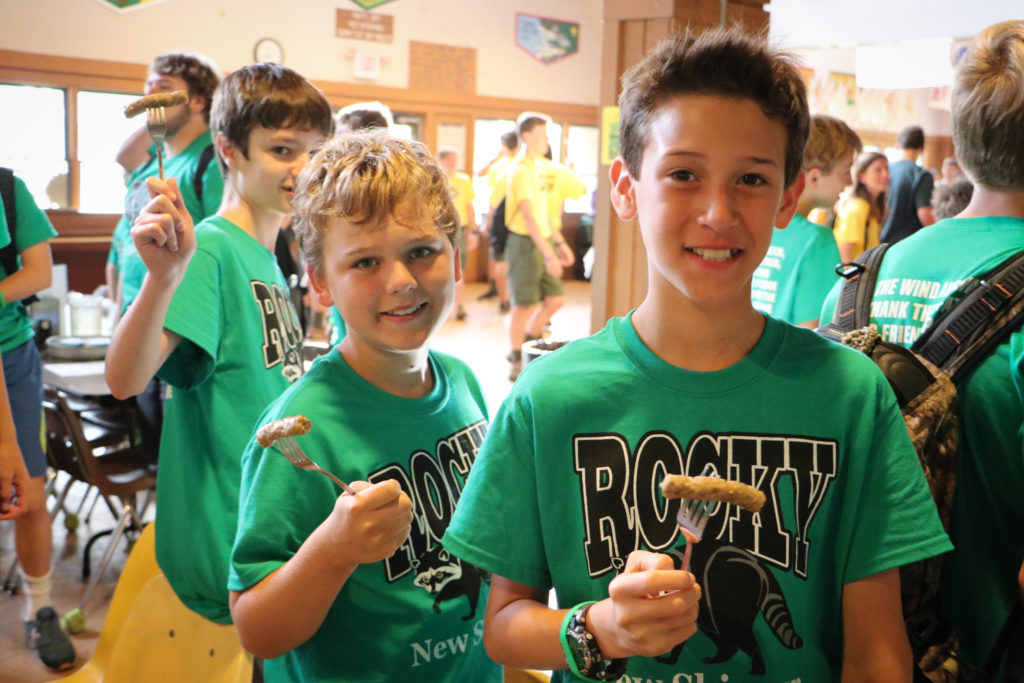 We learned about knots and all kinds of stuff in Woodsman today.  Some of the older boys had to miss their first classes so that they could tour the fish hatchery.  Mr. Satterfield drove the bus since the camp doesn’t have anything but cars and a few golf carts.  Ligon Chewning told me that he saw Atlantic Sturgeon that weighed over 250 pounds!  The hatchery (Bears Bluff) is the only place in the world to have spawned Atlantic Sturgeon. 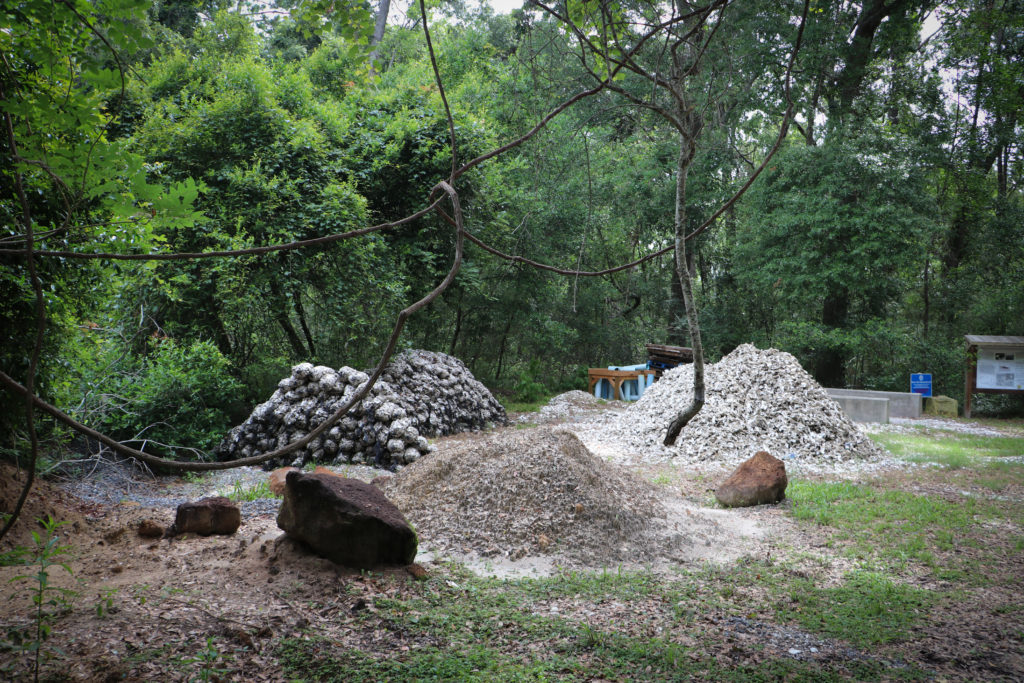 Ligon told me that a bunch of seafood restaurants bring their old oyster shells to the hatchery, and they use those to make reefs in the ocean.

Lunch was ok, but not my favorite.  We had ham sandwiches, potato chips, and chocolate chip cookies.  You both know I hate ham, so I made a peanut butter, jelly, and cheese sandwich!  Gates Meyers agreed to take the pickle off my plate before I even sat down at the table.  He ate FOUR pickles at lunch, but Dr. Lawton told me that Gates ate EIGHT pickles last year! 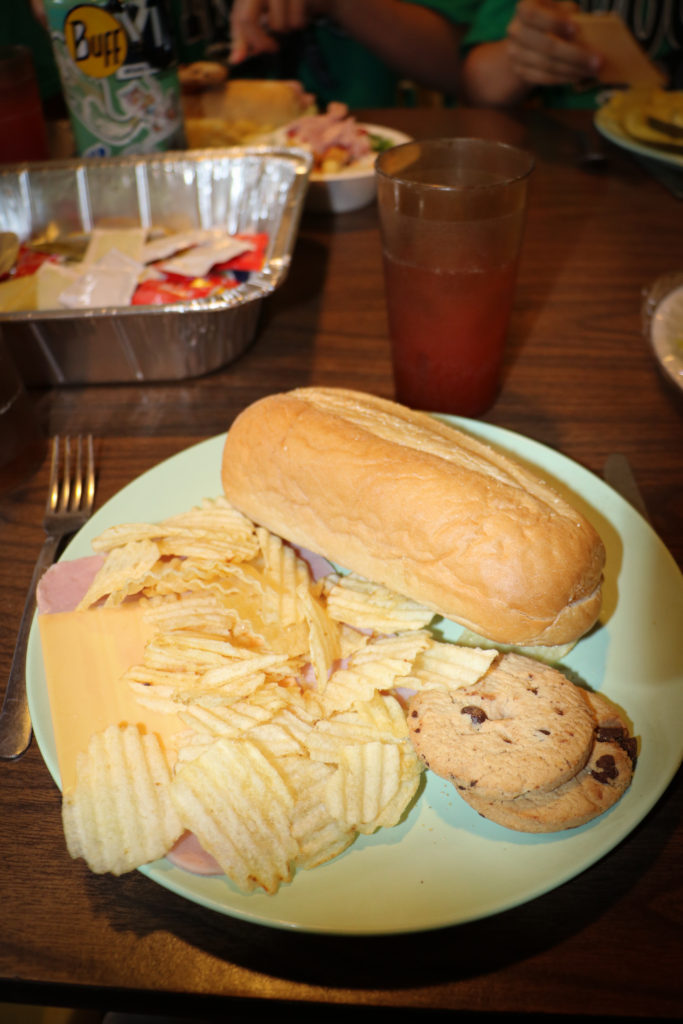 We went to swimming class after our siesta after lunch.  We learned about “reach, row, throw, go” – that is what you are supposed to if someone is drowning.  Did you know you weren’t supposed to jump in right away because the drowning person might drown you, too?

I saw all kinds of cool stuff when I was walking back to the campsite after swimming.  A few of our boys were even putting together a sailboat on the shore. 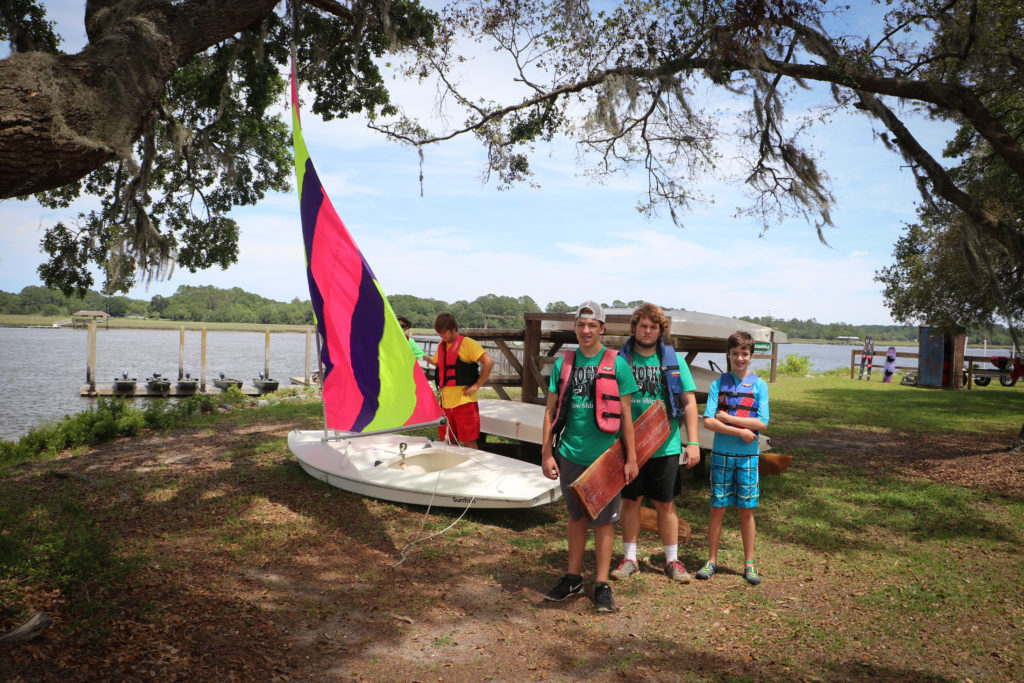 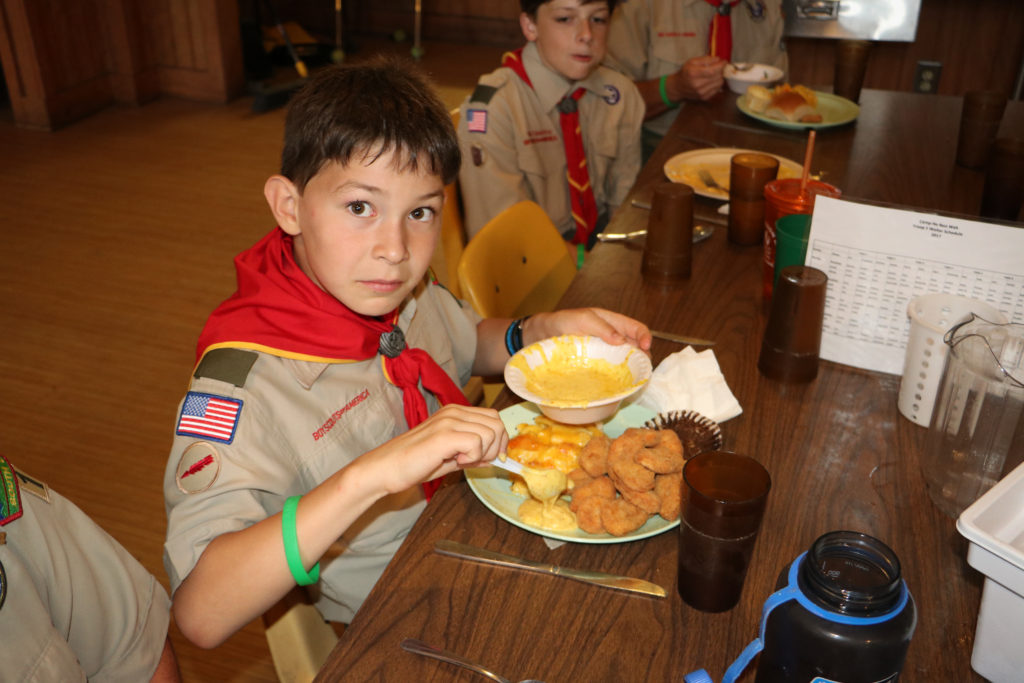 After supper, I played nine flags with the counselors and a lot of boys from Troop 1 and other troops.  I ran so much, that I decided I should probably take my first shower of the week!  Other boys practiced ultimate frisbee or played basketball, and the adults got to shoot skeet with Mr. Donnie.  They had a competition with all the scoutmasters, and Mr. Dunbar beat everybody else!  He shot 10 out of 10 skeets!

Charles Overcarsh and Thomas Neidenbach helped clean up the shooting range, so Mr. Donnie let them shoot as well.  They both shot 4 of the 5 skeets! 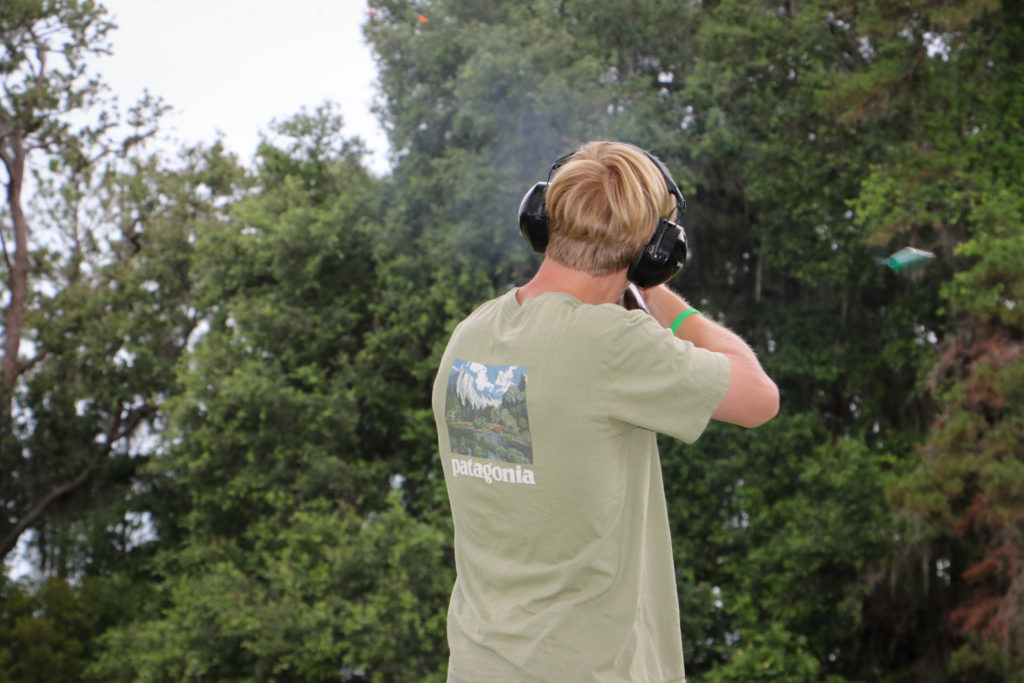 WILLIAM SCHWARTZ JUST SAW ROCKY THE RACCOON ON MR. SATTERFIELD’S BED!!!!!!!!!!!  Rocky wasn’t scared at all!!!  Mr. Gage just said something about Rocky only wanting to mark his territory.

I might go fishing tomorrow in my free time.  I heard that a boy from Troop 2 caught four fish off the dock today! 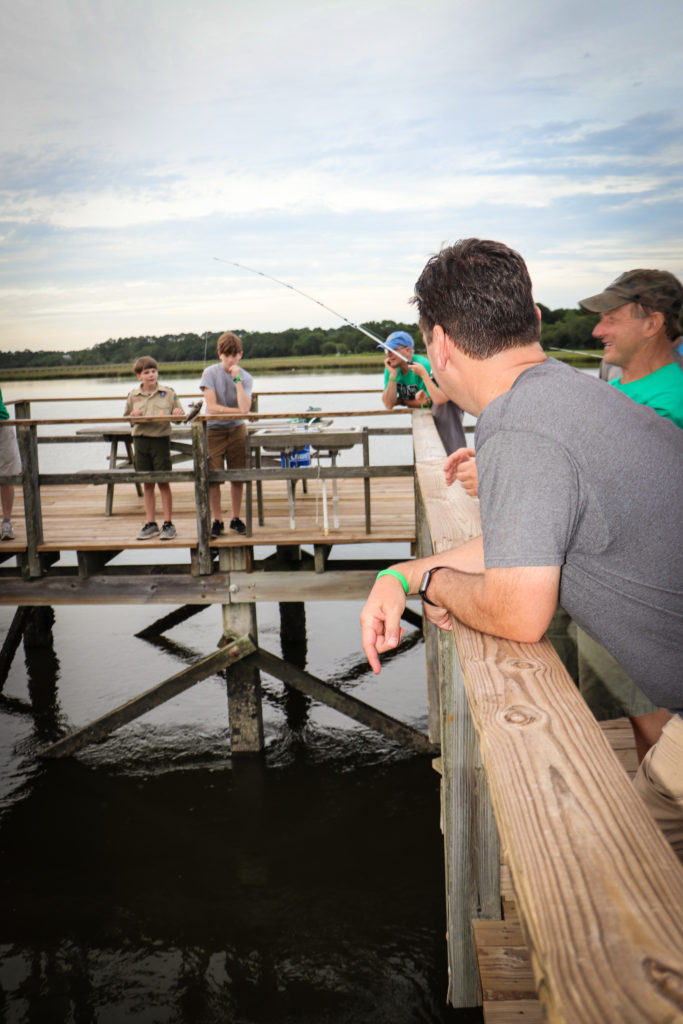 I think it’s time for me to go to bed.  It’s a busy day tomorrow!

I love you both, and I hope you aren’t too sad without me there to keep you company.
Your son