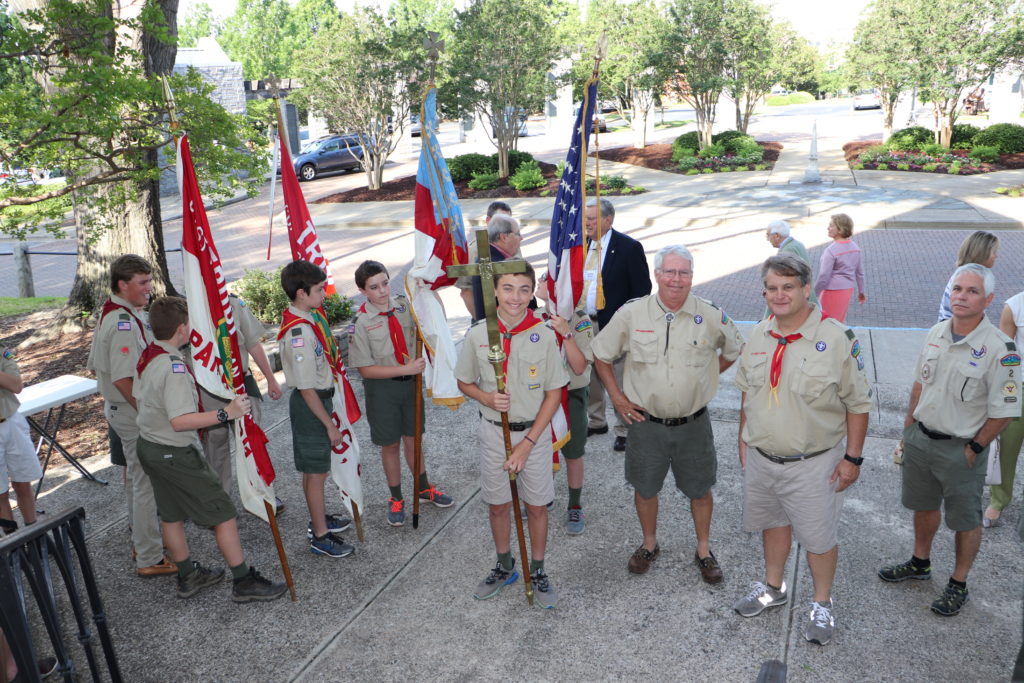 What a day!  I almost can’t believe that I woke up in Spartanburg this morning.  It already seems like forever ago that I hugged you both goodbye in the church parking lot.

The ride down was fine.  Some of the older boys told me that the church busses used to break down all the time, but we didn’t have any problems.  Thank goodness I was on the bus that had air-conditioning!

We had lunch at Rush’s, and I was near the front of the line.  I had a double cheeseburger, french fries, a big coke, and a chocolate milkshake.  I told Mr. Gage that I really wanted another burger, but he said I might get sick before we make it to camp. The boys from Troop 2 showed up at the restaurant before we had finished ordering.  They probably had to wait forever before they made it to the register.

We stopped for gasoline after we got to Charleston.  There was a long line for the restroom, but Dr. Lawton wouldn’t let me use the women’s room.  He seemed a little frustrated when I suggested that!

When we pulled up at Camp Ho Non Wah, there were lots of cars in the parking lot.  I guess everyone was arriving at the same time.  The Switzers were already there when we arrived.

Did you know that “Ho Non Wah” means the land of rising and falling waters?  I think the waters rose a little too much this year, because there were a lot of spots where trees used to be.  Some of the older boys said that things looked a lot different than last year.  I heard that one of the docks was washed away in the hurricane, and one of the Adirondacks in our campsite had a big hole in it from where a tree fell through! 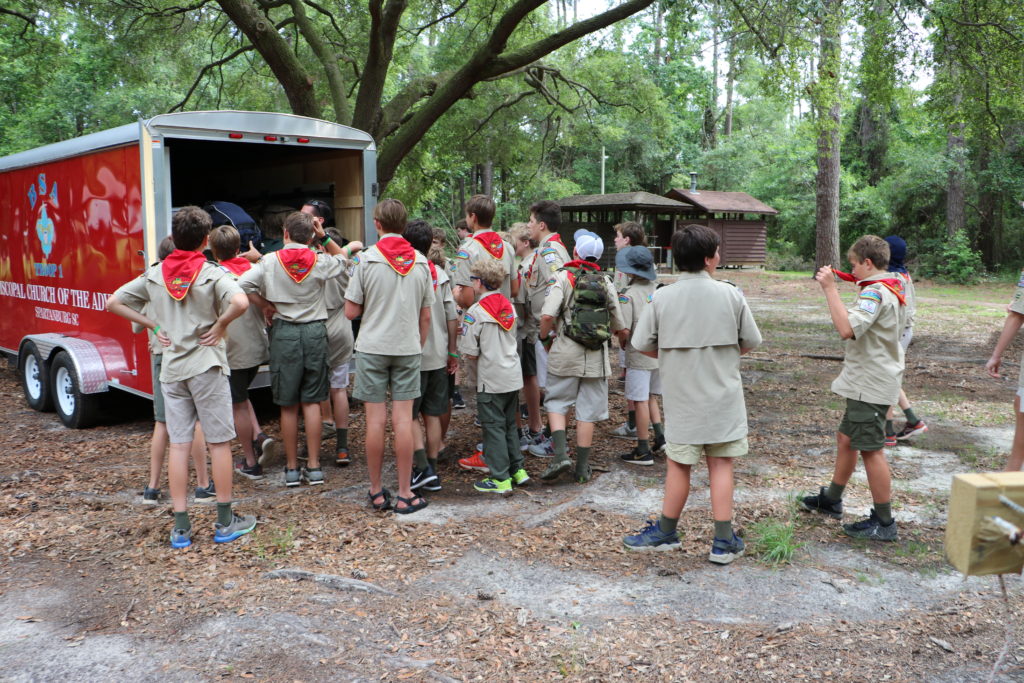 Before we made it to our campsite, Mr. Craig (we call him Sarge) talked with us in the dining hall about how to be a waiter and how to clean up after meals.  Then Mr. Howard looked over our medical forms (Mama, thanks for remembering to get that done!) and then he gave us green bracelets to wear all during camp.

Out site is called “New Shirmer” – but I don’t think it is “new” since Troop 1 has stayed there for over a ten years!  There is a big shelter in the middle, and we have two little “buildings’ with showers and toilets.  There are Army tents and Adirondacks all around the edges, and there is lots of room in the middle for us to play frisbee.  Everyone in my patrol is in the same Adirondack.  Will Lawton helped me put up my mosquito net, so I’m not quite so worried about being attacked by giant spiders tonight.

All the fifth graders and Conrad had to take a swim test so that we could get our “buddy tags” for the pool.  We all passed! 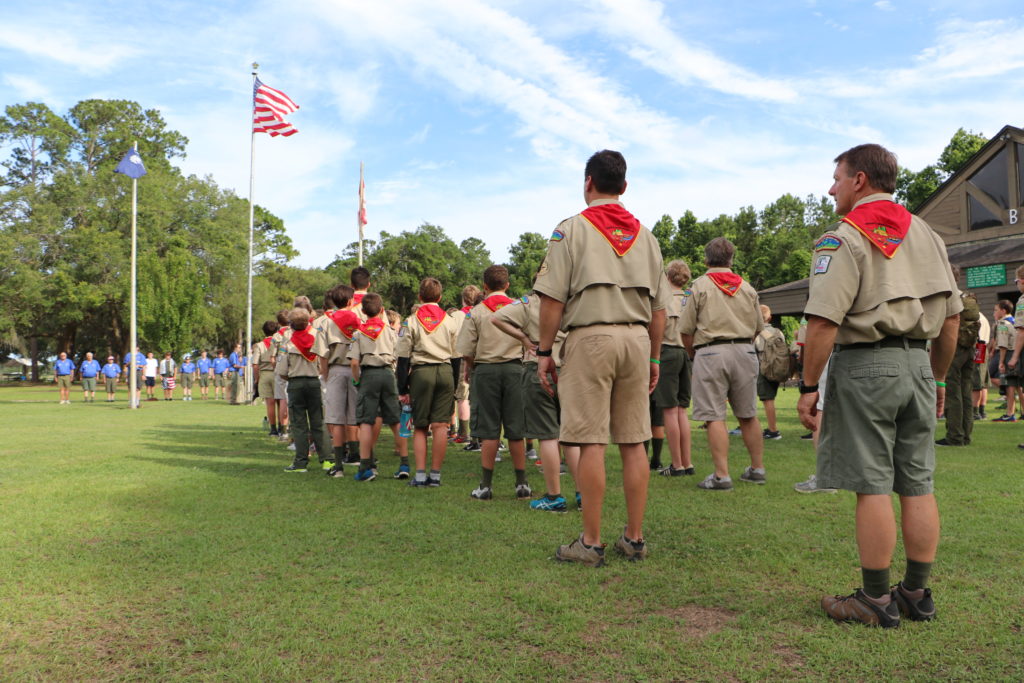 We lined up in a two big lines for the flag ceremony before supper.  Troop 5 even marched in shouting Army chants! 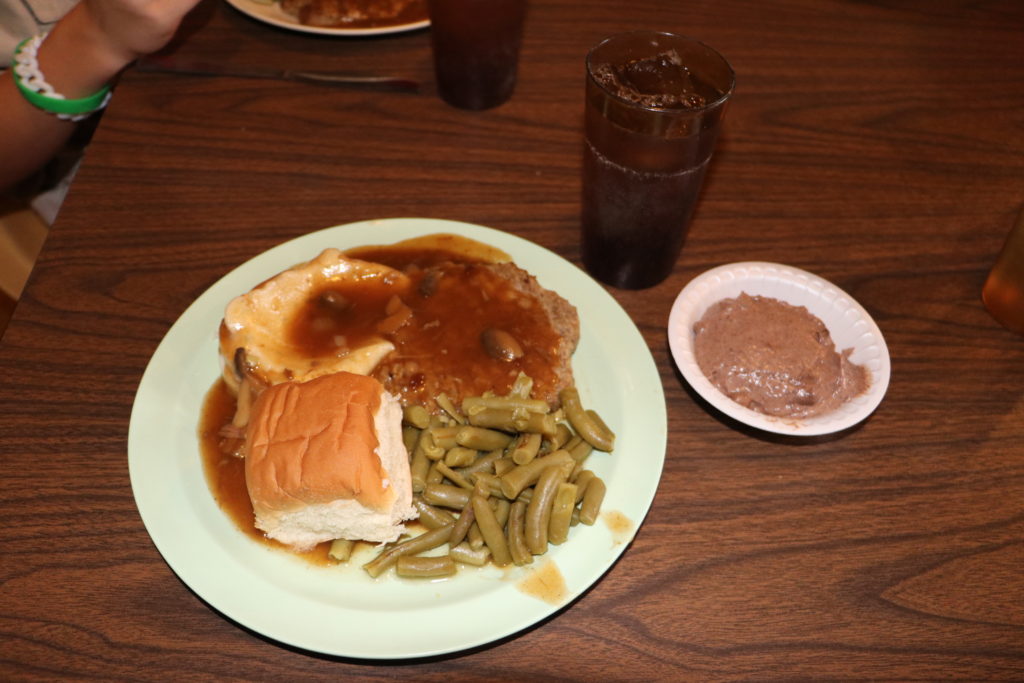 We had hamburger steak, mashed potatoes and gravy, green beans, and rolls, and iced tea for supper.  It was good!  Timmy Sullivan was at my table, and he made a salad, too.  The salad had cheese, croutons, and bacon bits.  I think I might make one of those tomorrow so that I can be a little more healthy. We even had chocolate pudding for dessert.  I get to be a waiter tomorrow morning, so I was glad that I could see how everything works first. 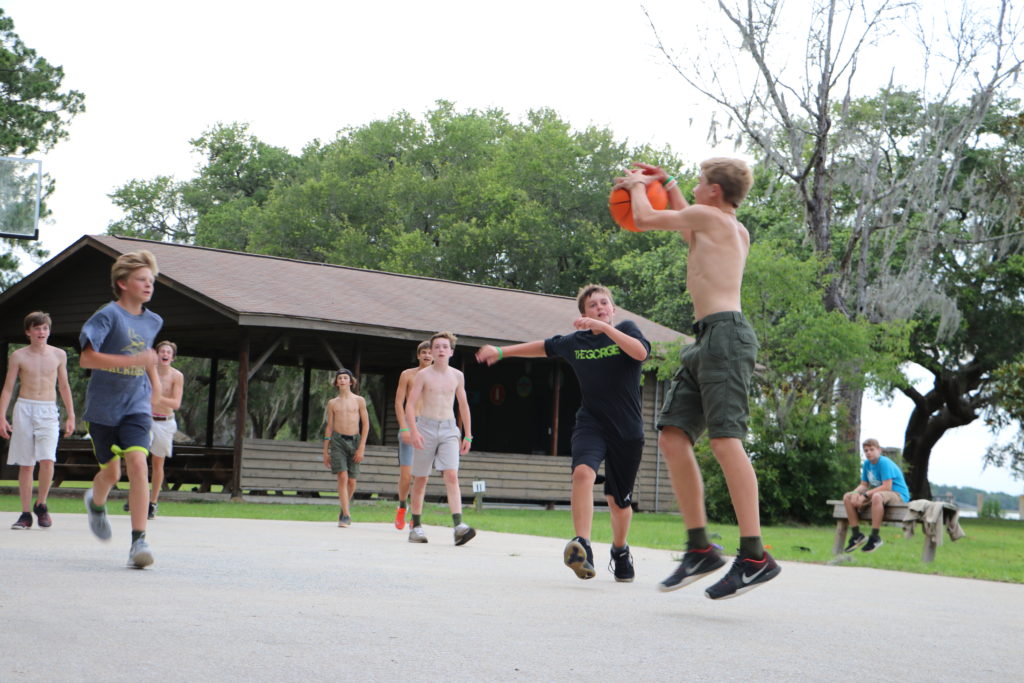 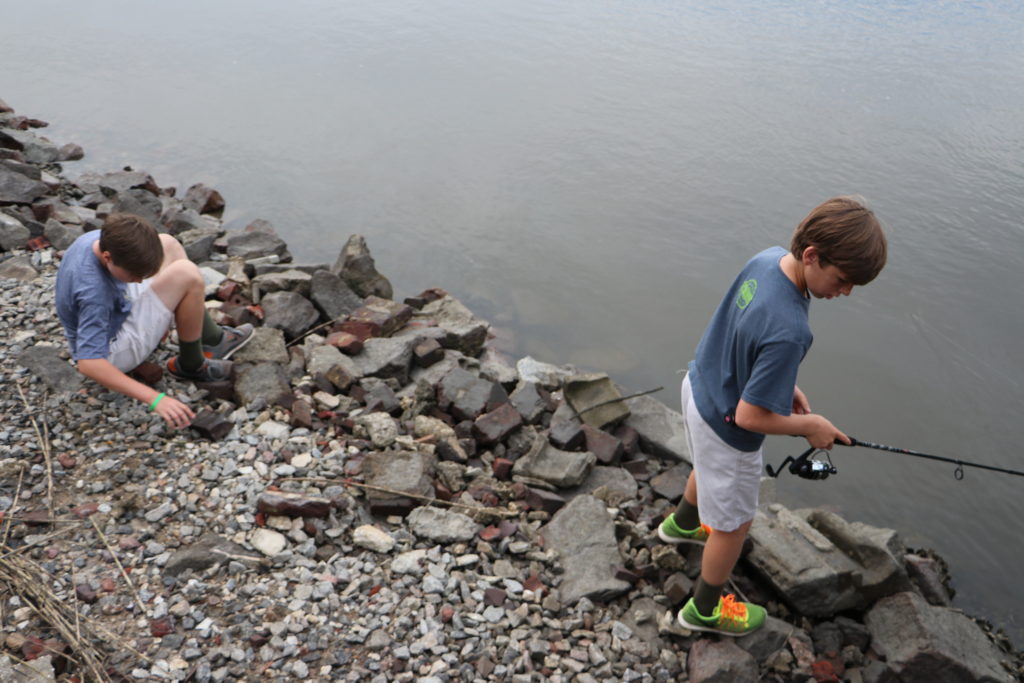 After supper, I played tether ball for a while.  Some of the other boys went fishing, played ultimate frisbee, played cards, or played basketball.  We had a group meeting about 10pm, and I found out that the boys in Oceanography and Citizenship in the Nation get to go to a fish hatchery tomorrow morning.

I took a shower after that so that I won’t get the “Ho Non Waddle.” The water only comes out at one temperature, and it was HOT.  Mr. Gage already talked to “Mom” and she is going to try to get that fixed before we all burn to death in the shower.

I should probably go to bed now, because I’ve got to get up early since I’m a waiter.  I can’t wait to see what our first t-shirts will be!

Thanks for convincing me to come to camp.  I know I was really worried about getting homesick, but I think I’ll be ok.  The food is good, the boys are all nice, and the temperature feels great.

I love you both,
Your son

P.S. – Please don’t forget to feed Buddy and Sharkbait for me!
P.P.S. – Mr. Boyce said that he’ll be posting lots of photos at troop1.smugmug.com.